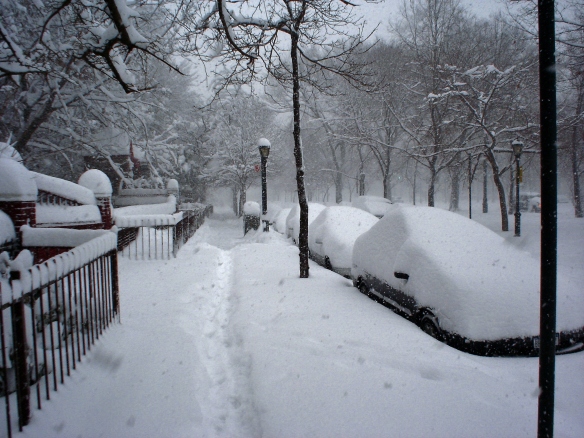 A short story that I wrote while writing Bend Me, Shape Me was published today at Write City Magazine.  It is a story about Snow and Leonard that didn’t actually happen in the book, but was part of the process I used to develop their characters and get to know them better.

Here’s the first part of it, click through to read the whole story.

A tattered stuffed panda bear lies in one corner of the room. Plaster from the wall has littered its black coat, and one eye is replaced by a crudely stitched x. A child lived in this hovel once, hard to imagine as I take in the rotted walls, bare couch springs, littered newspapers, beer cans and cigarette butts. Winter’s chill enters the unheated room through one dirty, broken window. Even the graffiti once slashed across the paint has crumbled beneath the weight of damp and neglect.

To think Snow has been living in this. Snowflake, tiny daughter of my great niece, grown to a young woman with unwashed hair and wild eyes. Her face had been round and alert when Winter Rose first brought her to the reservation, brown and healthy, a true Yakama miyánash, no trace of her Mexican father in her at all.

From the shadow of powerful Mount Rainier to the alleys and abandoned houses of Chicago’s west side. A long fall for a daughter of the people.

“What are you doing here?”

Snow’s words sound startled, defensive, but when I turn to face her she stands proud and brave as any warrior. Her straight black hair has been dyed red at the ends, like flames that lick at the dark night. Metal pierces her ears and nose, and dirt creases the rim of her neck. Were she holding a bow and arrow I would fear for my life. Instead, I settle to the floor in a gesture of peace, legs crossed, arms resting on my knees.

“I am your uncle. I have come to take you home.”

A review by a Chicagoan who knows what the streets are really like–now this is a great review.

Bend Me, Shape Me

Starza Thompson over at Windy City Reviews gave Bend Me, Shape Me a long and marvelous review today. Below are some of my favorite excerpts, but I really hope you will click through to read everything she had to say.

Bend Me Shape Me takes a deep and fascinating look into the world of teen homelessness in Chicago. Through the eyes of Snow Ramirez, Jo Sullivan, and Leonard Goldenhawk, author Debra Borys shepherds the audience on a terrifying journey of homelessness, mental illness, family problems, and murder. 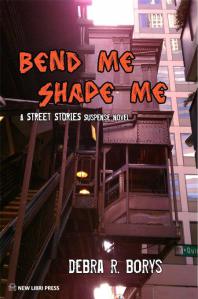 This novel was chock full of nail-biting scenes and page-turning tension, making it very hard to put down. Throughout the book, Borys does an excellent job of painting a realistic picture of homeless youth and the struggle they have with mental illness, family, trust, and more. From the very first page of this novel, the audience is pulled into Snow’s story…