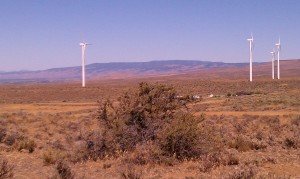 But my dog, Sophie, seems to prefer country music.  In the three days it took to drive to Illinois to visit family, she was a great traveler.  I had her bed and toys spread out across the back seat, a blanket in the passenger seat, and her own drinking bowl in the cup holder.

The first day of the trip home, however, she decided she’d had enough of this long distance traveling.  When it became clear we were not headed to the dog park (I think it was about the time we hit the three lane highway near Chicago and were passing between two semis) she started panting and shivering, her Morse code for “I am stressed.”

I turned the radio on thinking music might soothe, or at least disguise the road noises that seemed to make her worse.  (She hates if the tires roll over the white lines across those washboard grids intended to wake you up.)  The only music that seemed to affect her was country music.  So for the last two days, any time I couldn’t find a country station close enough to listen to static free, I plugged in my Kane CD to listen to Christian Kane play his country rock, initially the only country I didn’t turn off instantly.

There were times, like when the tires hit a roadway grid, that music alone was not enough to soothe her palpitating heart.  At those times she would ask to crawl into my lap and curl up in a ball.  With her head resting on me, she would finally relax those muscles and sleep.   And I was very careful to keep my tires on the right side of the white line.

It wasn’t long before I started singing along to some of the songs.  At some point, I realized I was actually enjoying them.  Maybe that means the healing is finally completed.  Or maybe it just means that driving across the plains of South Dakota, Wyoming and Montana just isn’t the same without a little country music to pay tribute to them.