No, this isn’t a New Year’s Day look back at 2013. Everyone’s doing that. I seem to enjoy avoiding what everyone else is doing. But a recent post by TwistedSifter about pictures posted from a 1913 high school yearbook made me decide to look back at my own  1967-1970 yearbooks from LP Township High School.

Recently my friend Alda and I went through the yearbooks and a couple of class reunion newsletters to compare everyone’s 1970 ambitions to what they were actually doing with their lives 10 and 20 years later.  Nurses won the race for most likely to become what they wanted to be as seniors, with teachers being a close second.  Sadly, too many ambitions to be doctors, engineers, and even an astronaut became workers at the local steel mill or simply Housewife and Mother.

One can only hope that at least the many who just desired to “be happy and successful” achieved their goals.

Here are some blasts from my past:

Me at the bottom, my best friend Alda right above me, and my first boyfriend, Bob, right next to her. 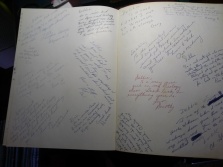 I don’t remember being this popular. 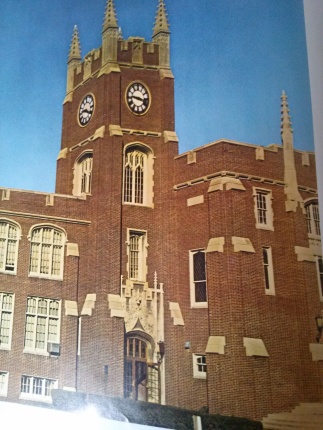 At least I grew up to be what I wanted.

Drama teacher and principal, Mr. Rogers inspirired me to follow my dream.

Harvey, I was sound “man” and stagehand.

We were a blood thirsty bunch at pep rallies.

Our trusty Cavalier in mosaic. 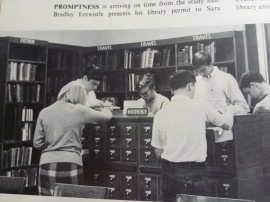 Remember card catalogs in the libraries instead of computers? 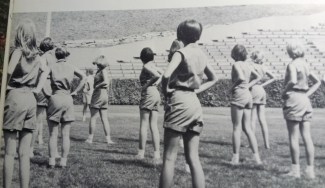 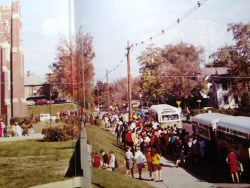 The bus drop off in front of the school.