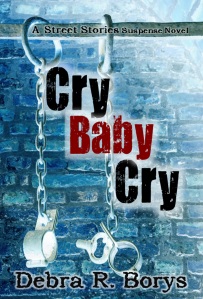 At just over 25,000 words, Cry Baby Cry has reached the one-third point. In other words, the end of Act One. To jump start Act Two I need to knot the embroidery threads I’ve been laying in so that I can start to unravel the individual strands of clues I’ve planted so far.

The knot that I think I need to use is the scene I wrote earlier of Jo meeting Lily’s father. Originally, I thought this scene would not happen until much later in the book, but now I realize making Lou Beckett suspicious that Jo’s visit might be connected to his missing daughter can be the complication needed to rachet up the suspense. Just when Jo thinks she has finally found a safe place for Lily, she messes it up without realizing it.

Here’s a quote from Lily’s father below. You can click on it to read the whole scene again if you haven’t already.

“Martin gives a rousing sermon anytime, but you should hear him when he’s under a tent. Just like Jesus himself must have sounded from the Sermon on the Mount. Yes, certainly. You must come and see for yourself. Have you accepted Jesus as your Lord and Savior?”