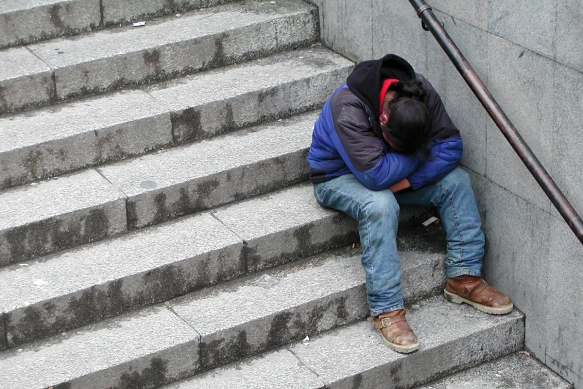 My mama named me after Booker T. Washington, some famous black dude who used to be a slave but grew up to be an adviser to the President of the United States. She learned about him in grade school, I think. Couldn’t be high school, I don’t believe, because she always say she never went if she could help it and dropped out, pregnant, at 16. I read a book about him at the library once, Booker T that is, just to see why she picked the name and the only reason I could figure out is his picture looks an awful lot like what I remember of my daddy.

My daddy left us when I was seven maybe. Eight at the most. Left all us kids, there was five of us by then, with me the oldest. He just up and disappeared. We never did learn if he went cause he wanted to or if something happened to him. Could be dead for all I know. He was mixed up in some bad shit, mama said, gang stuff, you know. Lots of that happening in Englewood, the Chicago neighborhood I was born in.

Mama left there shortly after. Moved to Uptown with her sister. They was ten of us living there then, (Aunt Suni had three little ones, including Shorty, my cousin). Then Mama got pregnant again ( I think maybe she was whoring it to make some money), twice even, and they just couldn’t keep up with all us kids. We ran wild. I’m not sure who exactly called DCFS on us, probably one of the neighbors complaining about them pesky kids down the hall, but them people didn’t like what they saw when they got there. It was only a one bedroom apartment, and not too big at that. Us big kids got the bedroom. There was a couple mattresses throwed down for us. Mama and Auntie slept with the babies in the front room, except when one of ‘em brought up a beau. Then the other would drag the playpen into our room and make a couple of us sleep on the floor so she could have a spot on the mattress.

Looking back, I can see the place wasn’t too clean—toilet didn’t flush half the time, dishes didn’t get washed till you ate on em two, three times, hell,we even had a cat for a while used to use an old blanket in the closet for a litter box. It didn’t seem too bad to us at the time, though, we always had somebody to play with, or fight with. The worst is I can remember being hungry all the time. And the yelling. Mama and Auntie couldn’t really control the pack of us, but that didn’t stop em from screaming at us to behave. Lucky for us, they usually let it end with the yelling. Swatting our rear ends musta took too much energy. I know they were tired. Both of ‘em. They did the best they could.

It probably didn’t look that way, though, when the DCFS came. I heard words like “shocking” and “filthy” and this one woman had the most disgusted look on her face. Long story short, they took most of us away that day—only left the youngest—and put us in foster care. I always think maybe they got that backwards. If they’d taken the babies and let us big kids stay, I coulda helped somehow. If somebody woulda showed me how, I coulda cleaned the place up a bit, couldn’t I? Taken care of Mama at least.

Lucky for me and Shorty, we got placed together that first time. Shorty was almost my age, but he was always skinny and sick. Caught a cold just by looking outside. That didn’t stop him from being fierce. He got into more fights. If I wasn’t around to step in for him, he’d get beat so bad, but he never give in. Hell, I seen him drag hisself up from the ground when he couldn’t see straight, let alone stand and fight. If the other guy hadn’t knocked him unconscious, I think Shorty woulda kept going till he died. Mrs. C always said he was a corker. I didn’t know what that meant at the time, still don’t really. But the way she said it told she was proud of him.

Oh yeah, Mrs. C. She was our first foster mama. The best and the only one we kept in touch with.  She’ll help me get me out of this jam I’m in, if she can.